From 1607 to 1762, the library on the upper level of the cloister of the Convent of San Pablo in Manila was a quiet repository of more than 1,500 rare manuscripts, maps and early printed materials relating to the Philippines and other regions of Asia the Spanish missionaries dreamed of converting to Christianity. During the British siege of Manila, the treasures of the Convent of San Pablo were ransacked and its library collection pillaged. The items were sorted and picked through, some auctioned off on site and others left behind. Towards the end of the British occupation, the majority of the materials from the San Pablo library ended up in the hands of the Scottish Hydrographer, Alexander Dalrymple (1737-1808) who very briefly became the Governor General of the Islands as he replaced the notorious Dawsonne Drake. When Dalrymple died without an heir, his huge collection of books and manuscripts was auctioned off, among them what are now called "the Manila Papers." From this mother lode began the slow dispersal coming out of the United Kingdom through a series of auctions that caused the collection to be fragmented in three continents. Today only about a hundred items are located in the original site. The rest of the San Pablo collection can be found interspersed among the Lilly Library at Indiana University, the Lopez Museum in Manila, the British Library, SOAS University of London, and King's College.

This digital humanities project seeks to repatriate the books and manuscripts that were taken from the archives of the Convent of San Pablo. Using the original index of the contents of the library of San Pablo, the Spanish and British accounts of the use and dispersal of the library's contents, the records of auctions, library acquisitions and provenance records, the project will piece together a virtual reconstruction of the materials in the library as close to as it might have been in 1762.

Going beyond the digital reconstitution of the archival corpus, the "return" of the library to its original site is re-imagined to include the reconceptualizing of the library's original systems of knowledge production, modes of access, and use. This virtual archive will serve as an entry point to the study of Spanish colonialism in the Pacific and the experience of the communities it affected, especially in the Philippines. Using digital technologies that explore iterative scholarship, inter-institutional collaboration and curated crowd-sourcing, the regenerated library will include spaces for transcribing, translating and annotating the materials.

Read more About Us 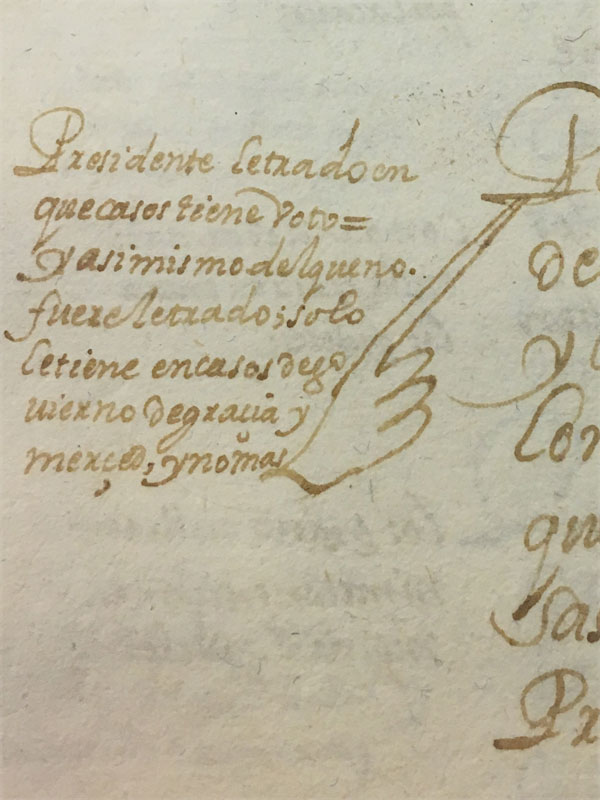 A Monk's Marginalia
Did the friars doodle? Yes they did, and what they sketched out and commented on gives real insight into the minds of these early missionaries 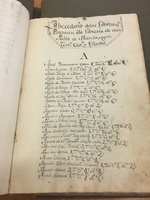 The Index of the Items in the San Pablo Library (1762)
Last updated by its Librarian, Fray Agustin Maria de Castro in May 1762 before the content of the Library was dispersed. 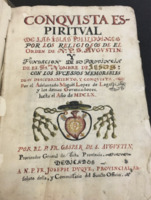 Transcription is an important component of the project. Contribute to our crowd-sourced effort!
Help transcribe